5 Spreadsheet Disasters That Prove Their Risk 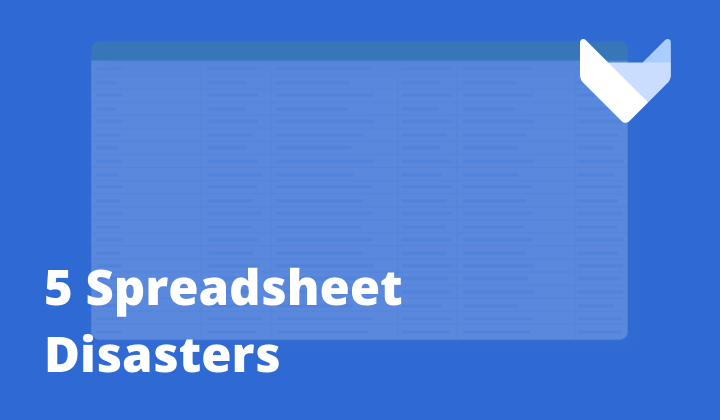 From their inception in 1979, to their most recent updates, electronic spreadsheets have been an integral part of business processes across the world. Today, an estimated 81% of businesses use Microsoft Excel – the most successful spreadsheet tool – for a multitude of tasks including recording employee data, generating reports and managing budgets.

For most SMEs, spreadsheets play an important role in their software setup. Findings from our recent whitepaper show that 34% of SMEs rely on spreadsheets to complete tasks such as tracking invoices (34%), project management (29%) and customer data (30%).

But with such a dependence on these tools, businesses leave themselves exposed to the potential risks that accompany them. All software is liable to some human error, but the lack of security that comes with spreadsheets makes them particularly susceptible to attacks. Only two years ago, the Mimecast threat centre revealed a vulnerability in excel’s Power Query tool that would allow hackers to potentially embed malicious content into another data source.

And this problem has only escalated in recent years, with many companies suffering significant losses because of spreadsheet mistakes. To further emphasise the risks behind this software, we look at 5 catastrophic incidents…

In 2005, Kodak – the biggest producer of film – had to restate a combined $11 million worth of losses to two quarters after an error had been made on Excel. The document in question covered severance and retirement benefits for employees. In what can be described as a snowball effect, one employee’s simple mistake of adding too many zeroes to the document resulted in calculations being made that overstated these payments by $11 million. The blunder occurred during a time when Kodak were already suffering great financial losses, with this mishap only adding to the company’s struggles.

It’s safe to say that 2008 was a difficult year for banks globally. Barclays Capital saw the opportunity to capitalise on the Lehman brothers declaring bankruptcy by purchasing a selection of the bank’s contracts. Barclays had compiled an Excel report containing the Lehman Brothers contracts that they wanted to acquire, but what they hadn’t realised was that the report also contained contracts that they did not intend to purchase. Instead of being deleted, these rows had been hidden with the document. Once this file was exported as a PDF and presented at court Barclays were legally bound to these acquisitions. Avoidable spending resulting from an avoidable mistake.

3.      MI5 bug the wrong phones due to a spreadsheet formatting error

Ensuring safe and secure methods is essential for any company carrying out data collection. The British intelligence agency, MI5, are no strangers to this fact, but that didn’t stop them accidentally bugging over a thousand mobile phones in 2010 after a simple formatting error on excel. After “000” was mistakenly added to the end of a cell containing telephone numbers, the agency applied for incorrect data and consequently bugged the wrong phones. The real culprit? Spreadsheets.

During ticket sales for a swimming heats event, one employee accidentally typed 20,000 instead of 10,000 into a spreadsheet cell. These non-existent tickets were snapped up by spectators eager to attend the event, unbeknownst to the mistake that had taken place. Unable to accommodate these extra spectators, the Olympic committee sought to resolve the issue by upgrading these extra tickets to main events. Excellent news for the customers, embarrassing press for the organisers.

5.      JP Morgan suffers a $6 billion trading loss due to an Excel error in which an employee copied across incorrect information

When it comes to spreadsheets, even the simplest mistakes can have the biggest impact. Financial giant JP Morgan discovered this fact the hard way in 2012 when it became victim to a simple formula error – losing $6 billion in the process. A lender was using Excel to generate value-at-risk models, when one of the finance employees erroneously copied and pasted incorrect data from between spreadsheets. The user had used the sum rather than the average of two values, producing wildly inaccurate results.

While the details of these incidents may differ, the use of spreadsheets remains a unifying factor throughout. Despite their undeniably useful features, spreadsheets continue to pose a security threat to businesses across the world. The examples cited above show how even the smallest of mistakes can have a ripple effect across sheets, teams and departments – often leading to reduced productivity and financial losses.

No code tools provide a solution to these threats, providing SMEs with a secure and scalable platform that allows them to manage essential business processes. Not only do these platforms enable businesses to store information security through cloud-based backups and auditing trails, but they also enable teams to work smarter through their highly collaborative features.

In line with business priorities, which include the secure and safe storage of information, Gridfox allows anyone to build custom tools that can be easily adapted to accommodate growth.

Want to find out more? Get started with Gridfox free here. 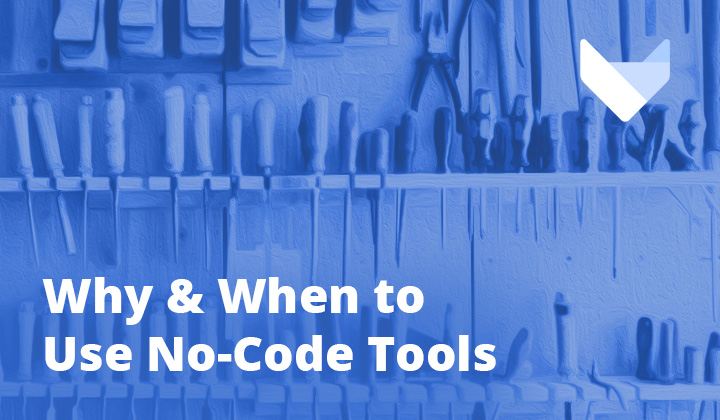 Insight
Why & When to Use No-Code Tools 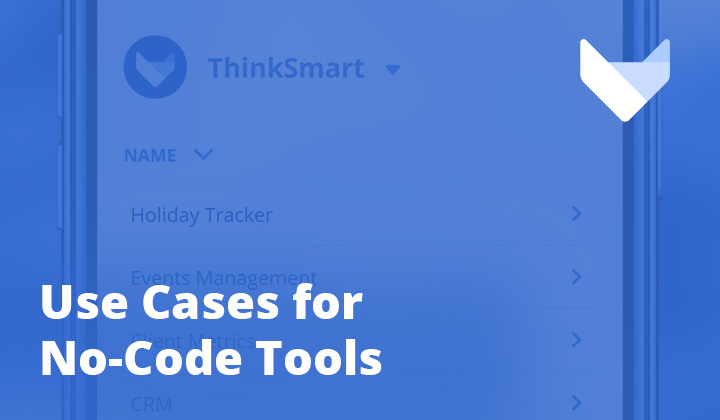 Insight
Use Cases for No-Code Tools